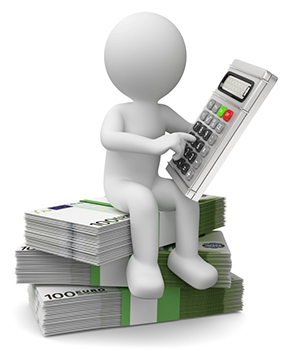 Taxes are levied on income. However, for individuals with limited tax liability, not all income is subject to tax, but only income that is connected to Germany. Please note that in the past not all pensions from Germany were subject to tax. However this has now changed.

What is decisive is the type of pension.

How much of the pension is taxed in Germany?

In the case of pensioners resident abroad only certain pensions among the many different kinds are taxable in Germany. The amount of tax on an individual pension partly depends on the type of pension it is and how the contributions to the pension were treated for tax purposes during the saving period.

a) The following life annuities and other benefits are taxed under section 22 number 1, third sentence, letter (a) double letter (aa) of the Income Tax Act (Einkommensteuergesetz):

Life annuities and other benefits from

Over the course of a transitional period lasting up until 2039 these benefits will come under full deferred taxation. This applies to benefits from both domestic and foreign pension providers. Benefits that are taxable principally include all benefits disbursed by the stated old-age pension systems. This does not, however, included benefits exempt from tax under section 3 of the Income Tax Act. This means that, for example, lump sum settlements or contribution refunds from the statutory pension insurance institutions, agricultural pension funds or pension institutions for professional groups are exempt from tax under section 3 number 3 of the Income Tax Act in certain circumstances.

With effect from 2005, the benefits concerned are no longer taxed with respect to the interest portion (Ertragsanteil), but with respect to the taxable portion (Besteuerungsanteil). This also applies to early retirement old-age pensions, widows’ and widowers’ pensions, orphans’ pensions and pensions for reduced earning capacity which were previously taxed only using the especially favourable interest portion under section 55 of the Income Tax Implementing Ordinance (Einkommensteuer-Durchführungsverordnung).

The taxable portion is a specific percentage that has been legally stipulated for the year in which retirement begins. Starting at 50% in 2005, the taxable portion increases from 2006 to 2020 by two percentage points for each new annual contingent of pensioners; from 2021 to 2040 the taxable share rises by one percentage point each year (cf. the table in section 22 number 1, third sentence, letter (a) double letter (aa), third sentence, of the Income Tax Act):

The amount of the taxable portion increases until the pensioners entering retirement in 2040 are required to pay tax on the full amount of their pensions (100% taxable portion). From that point onwards, the transition envisaged by legislators to full deferred taxation will be complete.

The taxable portion is calculated using the gross amount of pension and not the actual amount paid out. In the case of pensioners compulsorily insured in a German statutory health funds, the decisive figure is the pension amount before deduction of the personal contribution towards health and long-term care insurance. In the case of those voluntarily insured in the German statutory health funds or those who are privately insured, the decisive figure is the pension amount without the pension provider’s contribution towards health insurance. The personal contribution to health and long-term care insurance is deductible as provident expenses. These can be taken into account as special expenditure when assessing someone who has applied for treatment as having unlimited tax liability.

In addition to the tax-free pension allowance a work-related expenses allowance of €102 is also tax deductible in the case of assessment as a person with unlimited tax liability and, from 2009 onwards, as a person with limited tax liability (cf. section 9a number 3 of the Income Tax Act). If higher expenditure is incurred it can be deducted as work-related expenses. This requires production of proof of higher expenditure. This income is not considered when the amount of old-age relief is calculated.

b) The following pensions are taxed under section 22 number 1, third sentence, letter (a) double letter (bb) of the Income Tax Act:

The interest portions are set out in a table contained in section 22 number 1, third sentence, letter (a) double letter (bb), fourth sentence, of the Income Tax Act. In the case of temporary annuities (e.g. reduced earning capacity pensions paid by private insurers) the interest portions are calculated according to section 55 subsection (2) of the Income Tax Implementation Ordinance (Einkommensteuer-Durchführungsverordnung).

Legislation contains a special rule (exception) for annuities and other benefits that are meant to be taxed using the taxable portion. These are only taxed with respect to the interest portion insofar as they are based on contributions made up until 31 December 2004 that were paid in excess of the maximum contribution to the statutory pension insurance system. In this instance an application for taxation in respect of the interest portion must be submitted to the tax office. Evidence must also be provided that the payments to the statutory pension system exceeded the maximum contribution at least 10 years long. Where these preconditions are met, the pension drawn is split into a portion for deferred taxation and a portion for taxation using the interest portion (cf. section 22 number 1, third sentence, letter (a) double letter (bb), third sentence, of the Income Tax Act).

c) The following pensions are taxed under section 22 number 5, first sentence, of the Income Tax Act:

insofar as these are based on tax-favoured contributions (e.g. based on subsidies for old-age provision).

However, limited tax liability only applies to benefits paid by pension funds, pension schemes and direct insurers insofar as the benefits are based on contributions which were tax-favoured under section 3 numbers 56, 63 or 66 of the Income Tax Act during the pay-in phase. Benefits paid under personal old-age pension policies (‘Riester’ pensions) that are based on tax-favoured contributions do not give rise to limited income tax liability.