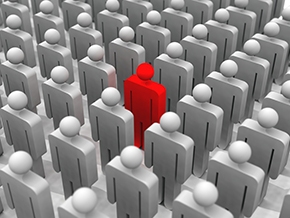 Please note: People who live outside Germany may need to pay tax in Germany on their German income.

As of 2005, this applies to recipients of a German pension, even if they live outside Germany.

However, not all pensioners are liable for tax. It depends on the type of income as well as the country where the pension recipient lives.

Because not all types of income are affected -- in other words, the pensioner’s total global income is not taxed -- these individuals are deemed to have “limited” tax liability.

The question of whether a pension must be taxed in Germany depends on what kind of pension it is and in which country you are resident. The size of the pension is not relevant in terms of determining whether it is liable for tax or not.

If you receive income from Germany you may be liable to pay German income tax on this German income. This applies even if you do not have your place of residence in Germany or do not spend 183 days or more a year in the country. In this case, you have a limited tax liability with respect your German income only (cf. section 1 subsection (4) of the Income Tax Act (Einkommensteuergesetz)).

If you are resident abroad and receive a pension from Germany you can find out below whether your pension counts as pension income that is taxable in Germany.

The rules about the taxation of other income (pensions) changed fundamentally with the introduction of the Retirement Income Act (Alterseinkünftegesetz) which came into force in 2005. As part of this an amendment was made to limited tax liability in respect of other income under section 49 subsection (1) number 7 and number 10 of the Income Tax Act (Einkommensteuergesetz). The following types of pension are therefore liable to tax in Germany:

Under section 49 subsection (1) number 7 of the Income Tact Act (from 2005 onwards), life annuities and other benefits from:

If you receive one of these pensions you have limited income tax liability with respect to this pension and you are, as a rule, obliged to submit an income tax return in Germany.